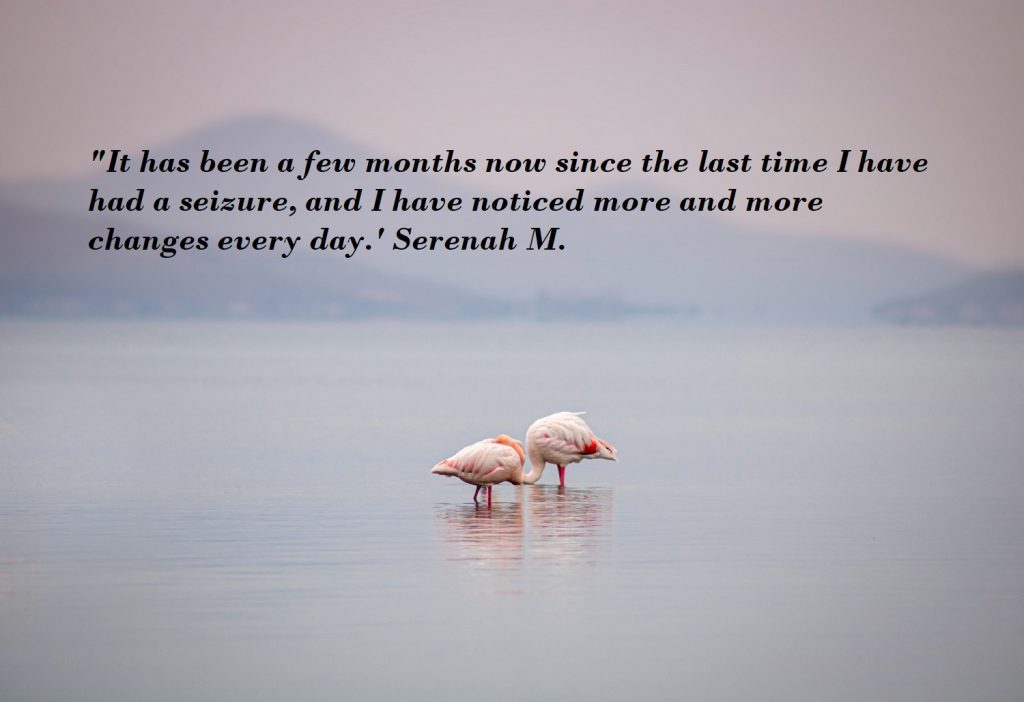 Before I met Dr. Moenter, I had seizures multiple times a day for six months. I don’t remember those months very well, but what I do remember is being worried and embarrassed. I couldn’t go to class alone; my aunts and uncles were nervous to leave me alone with their kids. Everyone was looking at me […]

After a traumatic brain injury I started having seizures. Once the grand mal seizures stopped, due to medication, I was continuing to have activity I couldn’t explain. My symptoms terrified me by taking my breath away in gasps, feeling a bone crushing sensation, and making me feel like I was shaking when I wasn’t. I stopped […]

I lived a life with minimal health issues until I had a seizure at work one afternoon.  I didn’t know it was a seizure until I headed to the emergency room that evening. After traumatic diagnosis of brain tumors, quick surgery a grand mal seizure immediately after surgery and one a few months later, I was diagnosed […]

I had my first seizure in September of 2015 and was fortunate enough to get diagnosed in November of the same year. The diagnosis and explanation of it was about the shortest you could ask for. The doctor walked into the room and told me I had “pseudo seizures”, explained that they were most likely stress […]

Seizures ripped through my world when I was 18, in my first month of college. From doctor to doctor, I was first misdiagnosed with epilepsy. I was diagnosed with PNES 8 months later. The seizures were off and on for 8 years. I had up to 15 a week, lasting anywhere from 5 to 30 minutes […]

This website uses cookies to improve your experience while you navigate through the website. Out of these, the cookies that are categorized as necessary are stored on your browser as they are essential for the working of basic functionalities of the website. We also use third-party cookies that help us analyze and understand how you use this website. These cookies will be stored in your browser only with your consent. You also have the option to opt-out of these cookies. But opting out of some of these cookies may affect your browsing experience.
Necessary Always Enabled
Necessary cookies are absolutely essential for the website to function properly. These cookies ensure basic functionalities and security features of the website, anonymously.
Functional
Functional cookies help to perform certain functionalities like sharing the content of the website on social media platforms, collect feedbacks, and other third-party features.
Performance
Performance cookies are used to understand and analyze the key performance indexes of the website which helps in delivering a better user experience for the visitors.
Analytics
Analytical cookies are used to understand how visitors interact with the website. These cookies help provide information on metrics the number of visitors, bounce rate, traffic source, etc.
Advertisement
Advertisement cookies are used to provide visitors with relevant ads and marketing campaigns. These cookies track visitors across websites and collect information to provide customized ads.
Others
Other uncategorized cookies are those that are being analyzed and have not been classified into a category as yet.
SAVE & ACCEPT